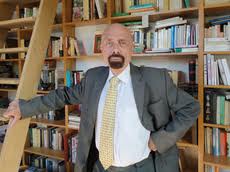 Dr. Gerard Prunier is an Independent Consultant on Eastern and Central African affairs and former Director of the French Center for Ethiopian Studies in Addis-Ababa.

One of the foremost Africanists in the world today, Prunier is the author of more than two hundred scholarly articles and a dozen books in four languages, including in English The Rwanda Crisis: History of a Genocide (Columbia University Press, 1995), Darfur: A 21st Century Genocide (Cornell University Press, 2005)—which was hailed by Foreign Affairs as “the best available account of the Darfur crisis”—and Africa’s World War: Congo, the Rwandan Genocide, and the Making of Continental Catastrophe (Oxford University Press, 2008), which was awarded a special honorable mention in the Council on Foreign Relations’ 2010 Arthur Ross Book Award competition for the best book published in international relations, the first Africa-focused book ever so honored.

Until he reached the mandatory retirement age, Prunier served as a senior researcher at the Centre National de la Recherche Scientifique (CNRS), France’s largest government research organization, and a professor at the University of Paris. From 2001-2006, he was seconded to the French Ministry of Foreign Affairs and served as the director of the Centre Français des Études Éthiopiennes in Addis Ababa. Throughout his career, Prunier has not only served as an advisor to the French government, but also consulted for the US State and Defense Departments, various European and African governments, as well as private companies.